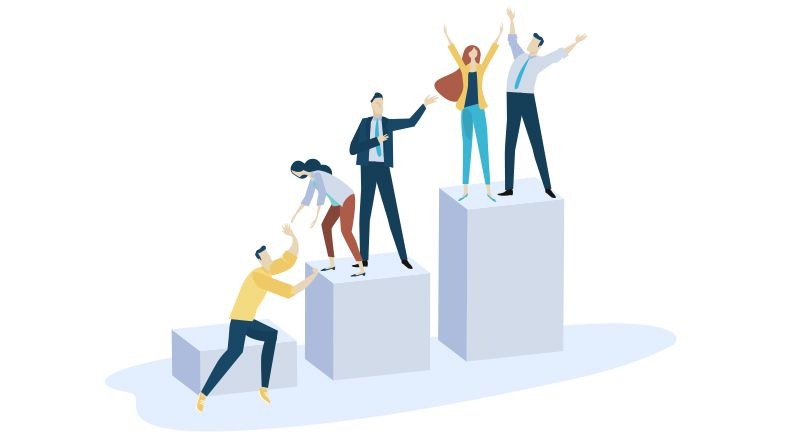 Ever wondered how to establish whether your content management system truly outshines the competition or why everyone seems to flock to just a handful of CMS platforms? One way of tracking the growth rate and establishing the popularity of your CMS is to analyze and compare CMS market share statistics.

Analyzing content management system market shares can tell us whether a certain platform is worth investing in, and can also indicate the easiest and most lucrative platform that can truly serve your unique needs.

As of now, WordPress reigns supreme when compared to other popular content management systems, especially when you look solely at its market share. This is largely due to its innate ease of use, affordability, and extensive support network.

Let’s explore which well-known platforms are losing market share to WordPress by looking at the statistics which show how migration is occurring between the various CMSs.

Statistics and Comparison of Market Share Between Top Platforms

Since 2011, DotNetNuke has been predominantly used in the US with over 64% of its customers being distributed across the country. The remaining 36% of customers are found around the globe. By analyzing how many websites are powered by DNN software, it is evident that DotNetNuke gained most of its customers in late 2012 but has since then drastically decreased in market share value.

2018 saw a spike in its user base as it picked up over 30,000 new websites to the platform. Overall though, it has lost over 20,000 customers to WordPress. As of now, under 300,000 websites are using DotNetNuke which means that it currently has less than 0.6% total market share.

On the other hand, WordPress has been steadily climbing in market share and is the most popular CMS in the Open Source category on a global scale. Countries that prefer WordPress over DotNetNuke include the US, Canada, and the United Kingdom.

Joomla is the preferred CMS for over 4.5 million websites of which 1.7 million are currently live. The majority of Joomla users are found in the US, Russia, and Poland. In the US there has been a detection of slight growth for the first time over the last few months in the number of websites using Joomla.

However, comparing Joomla’s market share in previous years to what it is now there has been a steady decrease, with the majority of customers lost to WordPress. In fact, WordPress has managed to gain a net of over 12,000 op 1 million websites from Joomla since 2011.

Typo3 currently powers over 280,000 live websites with 55% of its customers distributed across Germany. When it comes to fluctuations in market value, Typo3 has gained the most customers from WordPress when comparing customer gains across popular CMS platforms. However, it has also lost the most customers to WordPress, evening out to a net loss of 39,993.

During 2018, Typo3 enjoyed an overall spike in welcoming new websites to its platform, but currently only retains a 1.5% market value. Compared to 4.2% market value that Typo3 had in 2010, it is evident that this CMS is steadily decreasing in popularity.

However, from 2010 to 2017 WordPress has steadily increased in market value from around 50% to about 60% and is currently enjoying the largest website support amongst all the various CMS.  Although Typo3 is still considered one of the top 10 content management systems available, it is steadily losing its market share to WordPress.

Drupal has found quite a customer base in the US, with almost 60% of its users distributed across America. This CMS is powering about 1,8 million websites although only about 570,000 sites are currently live. Being the 3rd most popular CMS, this platform has a current market share of less than 4% and has seen the most significant number of customer gains from Joomla.

Although this CMS platform may look like it is doing well considering its popularity, its market share has actually dropped by more than 6% since 2010. When analyzing the steady growth rate of WordPress, Drupal will have to work on its downfalls if it wants to see an increase in new customers.

Umbraco has a wide-spread distribution of customers, with only 36% from the US and most of the remaining websites set up in Germany, the Netherlands, and the United Kingdom. With over 95,000 websites using Umbraco, there have been two major increases in new customers in 2017 and 2018 respectively.

However, Umbraco suffered customers losses to Drupal, Concrete5, and WordPress, with WordPress gaining the bulk of the customers and evening out at a loss of 4,162. There has also been a net gain of customers from Joomla, Typo3, and DNN although none of them managed to make up for the net customers lost to WordPress.

When comparing Umbraco to WordPress, it is easy to see why this CMS did not get a spot on the most popular CMS list. Designed with coders in mind, it does not allow for any plugins and appeals to developers in particular. Seeing that WordPress is also more user-friendly and faster, Umbraco still has a long way to go if it wants to increase its market share.

Concrete5 saw very limited customer increases from 2011 until early 2012. However, the CMS received a spike of almost 25,000 new websites in late 2012 with another two increases in intakes in 2017 and 2018 respectively.

Although the onboarding of these new websites joining the CMS definitely played a positive role in upping its overall market share, Concrete5 has still not managed to leave a lasting impression on the web developer community when compared to WordPress.

Furthermore, considering the net loss of 12,596 customers which have moved over to WordPress alone, this means that most of the initial surge of Concrete5 customers have now opted to make use of WordPress instead. That being said, this CMS has gained some significant websites from Joomla but not enough to ensure a significantly increased market share.

Plone caters to over 29,000 websites of which only 8,300 are currently live. Compared to the other popular CMSs, Plone’s reach is relatively small with most of its customers distributed across the United States.

Although this content management system has seen three growth periods between 2012 to 2018, most of its customer base left for WordPress. With only 450 customers gained from WordPress and over 2,524 lost to the same CMS, WordPress definitely has the upper hand between the two.

Of all the CMS platforms covered in this list, Contenido has by far the smallest number of websites that it currently supports. However, the occasional spike in customer intakes has boosted this platform’s market share somewhat during 2017 and 2018 respectively. However, when it comes to leaving Contenido for another CMS platform, WordPress is highly favored among its users.

Contenido is currently powering no websites that are part of the top 10k or 100k website list. However, they do make an appearance in the top 1 million list, powering 0.01% of the websites in this category.  Although, the number of websites powered in this category has fallen from 75, in 2014, to 59, in 2019.

In contrast, WordPress scores quite highly in all three of these categories. This points to the fact that Contenido primarily attracts low-traffic websites, while WordPress successfully powers both big and smaller businesses. More importantly, Contenido won’t have the same level of support that WordPress can offer you seeing as the Contenido community is considerably smaller.

Seen Enough and Ready To Migrate To WordPress?

WordHerd can handle your entire website migration and move your data from any CMS to WordPress in a safe and time-efficient manner. If you need more information or would like to get a migration evaluation, contact us for a free quote.